The suspension of U.S. sanctions required issuing waivers of the laws below. The relevant waivers were issued on January 16, 2016, and the Obama Administration renewed all waivers
on January 18, 2017, for the maximum time period of waiver allowed under each law.49 (For example, if one of the laws below allows a 180 day waiver period, the  waiver would be applicable for 180 days from January 16, 2017.) The sanctions waived are as follows:

U.S. Sanctions that Remain in Place
The JCPOA does not commit the United States to suspend U.S. sanctions on Iran for terrorism or human rights abuses, on foreign arms sales to Iran or sales of proliferation-sensitive technology such as ballistic missile technology, or on U.S.-Iran direct trade (with the selected exceptions). The sanctions that remain include

Under a U.S. Policy Shift or for Iranian Violations Should the incoming Trump Administration decide to abrogate the JCPOA, one potential scenario would be to unilaterally reimpose those sanctions that were lifted. The President could reimpose those Executive Orders that were revoked, and terminate the waivers that were issued to implement the JCPOA. Doing so would render foreign firms vulnerable to U.S. penalties were they to enter into transactions with Iran that were again made subject to U.S. sanctions.

A related question is whether the effect of sanctions currently realized could ever be reconstituted if the United States alone reimposed sanctions. The effect of sanctions depended on the substantial degree of international cooperation with the U.S.-led sanctions regime. A wide range of countries depend on energy and other trade with Iran and might be reluctant to resume cooperating with U.S. sanctions unless Iran commits a material breach of its JCPOA commitments. However, many foreign companies might be deterred from transactions with Iran if U.S. sanctions were reimposed, in order not to risk their business prospects in the United States.

The IAEA latest report, which was leaked, comes at a critical moment, as President Trump continues to threaten not to certify Iran’s compliance with the nuclear deal. The next certification report to U.S. Congress is expected in mid-October 2017.

There are reports that the White House is pressurizing governmental officials to report Iranian JCPOA infractions, which could pave the way for the U.S. to withdraw from the nuclear accord. In this context, Israel has also accused Iran from establishing missile production sites in Syria and Lebanon. This pressure has also included a trip of the current U.S. United Nations ambassador, Nikki Haley, to the IAEA headquarters in Vienna, in which she pressed the watchdog to implement a more aggressive inspections regime, and to focus on Iran’s military sites. 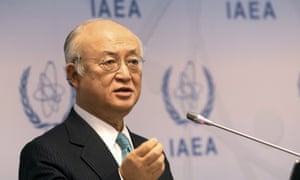 Until now, the other signatories of the JCPOA, have stated their commitment to the deal. They will probably not revoke the deal without credible evidence that Iran is not honoring it’s JCPOA commitments.

Firstly, he, rightly emphasizes, that the IAEA is a fact-finding organization, geared towards verifying facts and not a political organization. As we saw in the case of Iraq, the independence of the IAEA should be guarded, as it should deliver objective information to UN member states and the UN Security Council.

Secondly, the IAEA has the power to inspect any “sensitive,” locations – military or civilian – that it deems necessary to verify Iran’s commitments to the nuclear deal. In this context, to compel access to suspect locations, the watchdog only needs the approval of five of the eight signatories to the agreement. However, the watchdog will only do this on the basis of credible intelligence. Note that during her trip,according to the IAEA, ambassador Nikki Haley did not disclose any information  which justifies the inspection of military sites.

However, the IAEA’s inspection regime has been criticized by two former IAEA inspectors – David Albright and Olli Heinonen. These two are critical of Tehran’s attitude towards the nuclear deal. They published an article in which they argue that the UN watchdog could make better use of provisions in the JCPOA to verify that dual-use items are not being used to violate the nuclear accord. This could include the inspection of military sites to confirm that dual-use items are not being used to research warhead design. 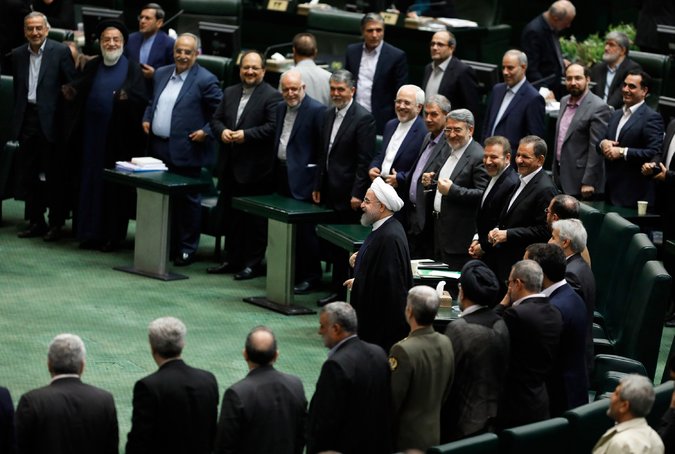 President Hassan Rouhani of Iran, center, in Parliament in Tehran in August. Iran on Thursday welcomed a report by a United Nations monitor that found it had adhered to the 2015 nuclear agreement. Credit Abedin Taherkenareh/European Press photo Agency

As usual, the knee-jerk reaction of Iran is not helpful.

It has stated in no unclear terms that it will not allow military sites to be inspected. The government spokesman Mohammad Bagher Nobakht this week dismissed the campaign for military inspections as “a dream.”

Ambassador Haley responded to this by saying: if “inspections of Iranian military sites are ‘merely a dream’, then Iranian compliance … is also a dream.”

It’s clear that President Trump is not happy with the JCPOA. However, the question is whether it’s wise for the U.S. to withdraw from the deal, instead of enforcing it. An unilateral withdrawal of the U.S. would certainly isolate it from it’s allies, which an already embattled Trump Administration does not need.

Unclear is whether allies would accept the re-imposition of U.S. sanctions, especially secondary sanctions. This would certainly not help U.S. companies – especially those already legally conducting business with Iran.

A wiser course would be for the U.S. to enforce the JCPOA; provide the IAEA with sufficient evidence in order to verify not only Iran’s compliance, but also to maintain some unity with other JCPOA signatories to ensure that the nuclear deal is a success.

When trying to achieve peace, what both ambassador Haley and Mohammad Bagher Nobakht could consider; is that there are two types of dreams, those which are fulfilled, and those which should be.