This comes as no surprise, given that its questionable whether U.S. close allies would be prepared to jettison the JCPOA and even restart the imposition of sanctions. 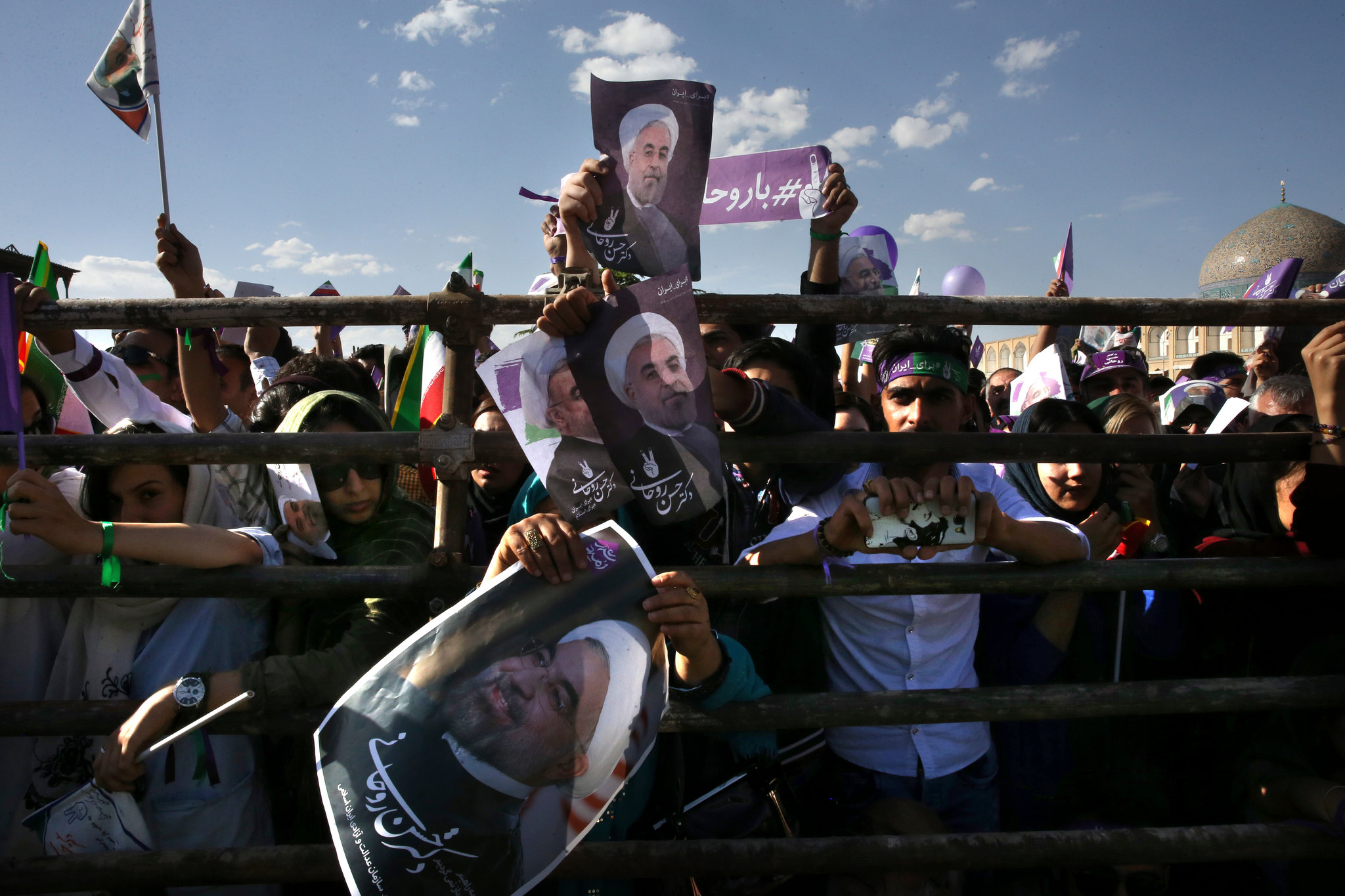 Supporters of the Iranian president, Hassan Rouhani, who is running for re-election, at a campaign rally in Isfahan on Sunday. Credit Vahid Salemi/Associated Press

The timing of the announcement, despite the imposed deadline to certify the JCPOA, comes two days before the Iranian elections and President Trump’s first foreign trip – funny enough to Saudi Arabia and Israel which both oppose the deal.

The U.S.’ ambivalent  reaction could be a mixed message for the Iranian electorate.

It could strengthen the hand of reformers, whom wish to give the deal a chance so that Iran can continue to rehabilitate itself. While hardliners can use the American reaction as more evidence that the deal is not working and possibly revert back to a stand-off with the international community.  Well, we’ll see how wins in a couple of days.

At least for now, the deal is still working; let’s hope that it stays that way.

Be the first to comment on "Trump Administration: Iran Nuclear Deal to stay, for now"