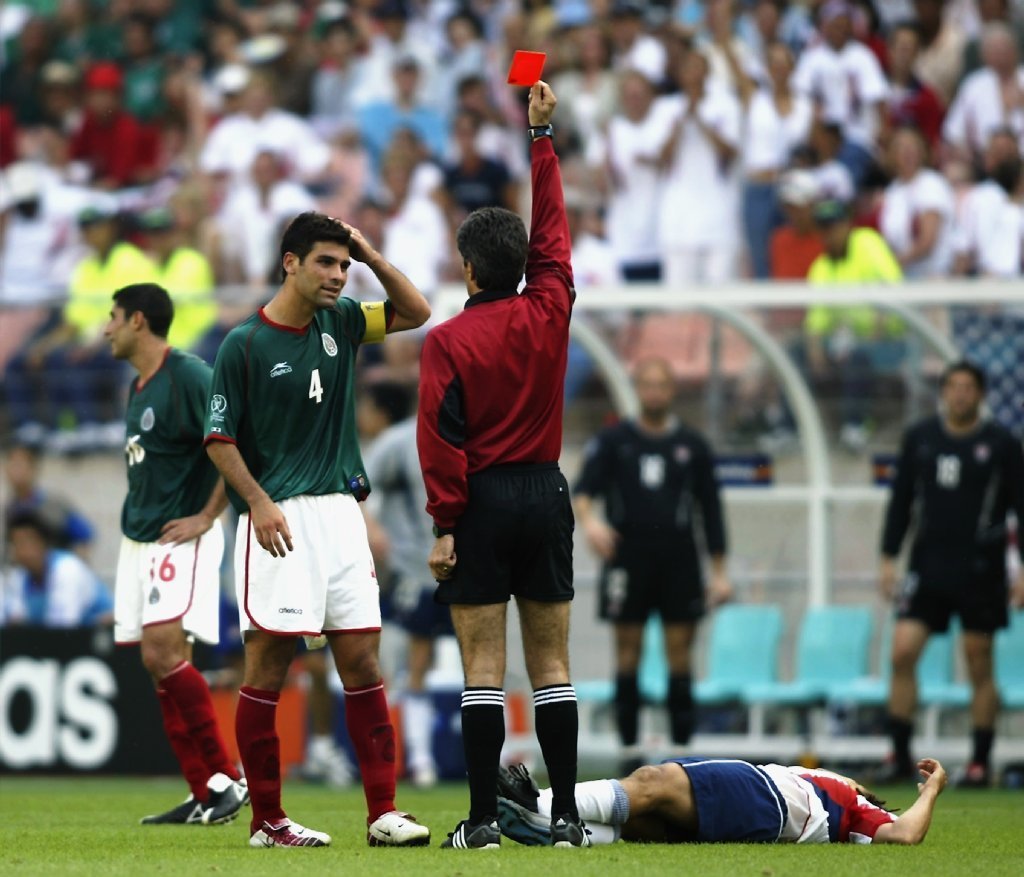 Rafael Marquez of Mexico is sent off for a foul on Cobi Jones during a World Cup match in South Korea on June 17, 2002. (Gary M. Prior / Getty Images)

The blacklisting was done under the authority of the Foreign Narcotics Kingpin Designation Act (Kingpin Act).  As a SDN, persons subject to U.S. jurisdiction are prohibited from doing any business with the soccer giant.

This is a red card that the player cannot shake so easily off; he faces possible fines and asset freezes, not to mention possible benching from football.

The soccer star, who played for football giant Barcelona, plays  for the Mexican club Atlas and has represented Mexico at the last four World Cups, vehemently denies the blacklisting and vows to cooperate with authorities to clear his name.

OFAC accuses the Mexican soccer star and several of his businesses (including his soccer school and charitable foundation) to have acted as fronts and held assets for a major drug trafficking organization. 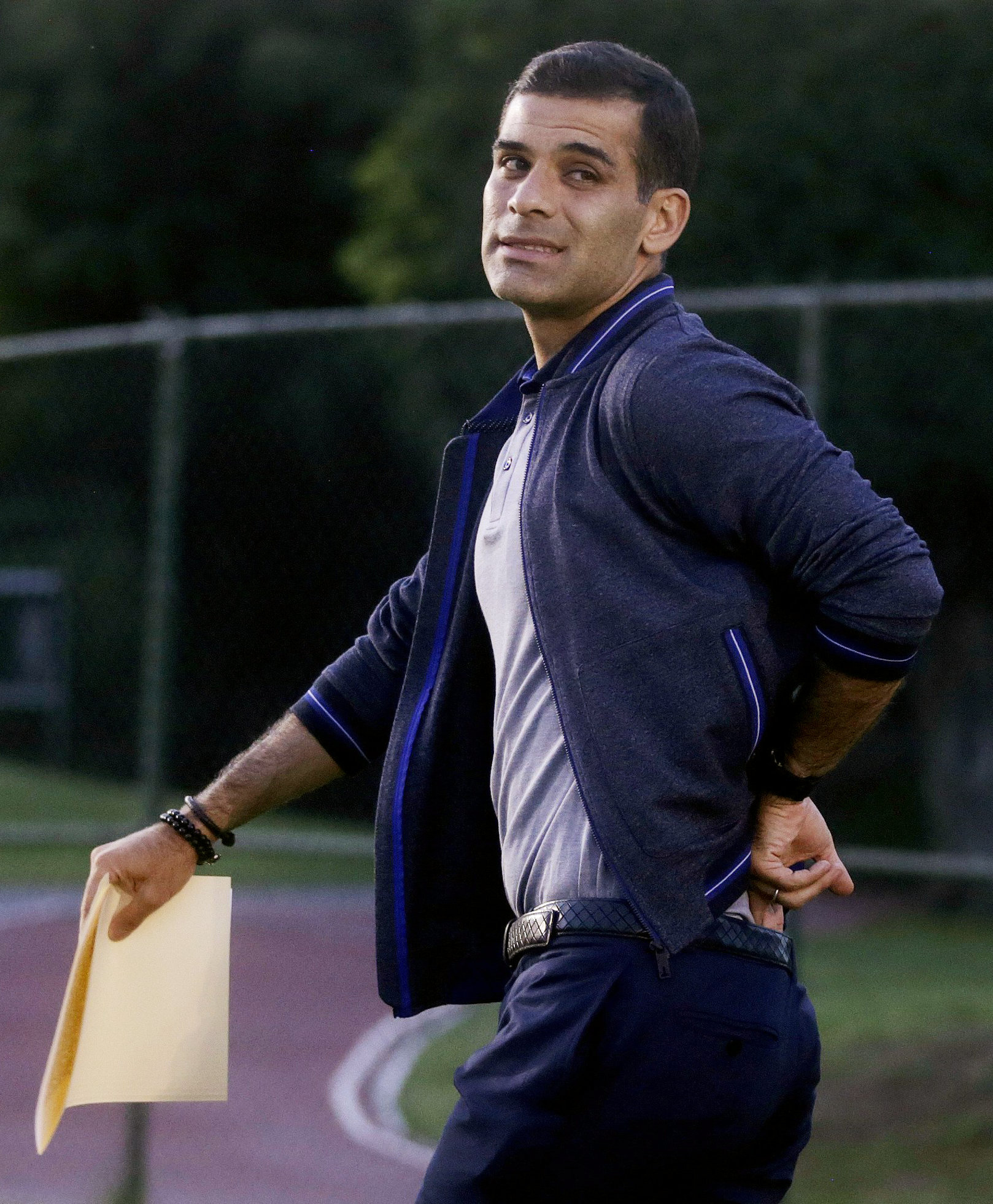 Rafael Márquez, the Mexican soccer star, leaving a news conference Wednesday in Guadalajara after the United States Treasury Department accused him and several businesses connected to him of acting as fronts for drug traffickers. Credit European Press photo Agency

The Kingpin Act, authorizes the U.S. Government to freeze the assets of non-U.S. persons/entities it believes to be involved in international narcotics trafficking and to prosecute U.S. nationals/companies who handle in drug monies. The Kingpin Act has proven to be a potent tool in the fight to disrupt the finances and money-laundering of organized crime.

However, the Kingpin Act is also criticized for it’s errors, which can tarnish reputations; and it’s application (opaque evidence and lack of due process). In this context, its hard to believe why such a successful athlete as  Márquez would be linked to the drug trade. Well time will tell what the truth is.

As a SDN, the question is to what extent this limits Márquez from continuing his football career.

Some have wondered whether the prohibition for U.S. persons to “provide services,” to a blacklisted person extends to the football pitch. We shall see, I’d imagine that OFAC has bigger fish to fry.

However, this is different to sponsors or commercial entities linked directly or even indirectly with the football legend. Not to mention possible reputation damage, in the field of U.S. sanctions companies have traditionally erred on the side of caution. Thus,  Márquez could also lose lucrative sponsor deals.

Given the complexities to get off the SDN list, which is rumored to take up to 18 months, Márquez might need to go into injury time to win his fight against OFAC.

Be the first to comment on "Rafael Márquez get’s a Red Card not from the Ref, but from U.S. Government"