On the 15th June 2016, the International Court of Justice (ICJ), released a press statement that Iran has started legal proceedings against the U.S. Despite the lifting of sanctions under the JCPOA, the Iran action is another example of the bumpy relationship between Iran and the U.S.

In essence, Iran is challenging the U.S.’s violation of its international obligations regarding the international laws of state immunity.

The vehicle for this action is based on a breach of the Treaty of Amity, Economic Relations, and Consular Rights between Iran and the United States of America which was signed in Tehran on 15 August 1955 and entered into force on 16 June 1957 (Treaty of Amity).

The action is another attempt to address the international legal issue whether unilateral countermeasures can be scrutinized in the context of treaties of FCN (Treaties of Friendship, Commerce, and Navigation).  Think of ICJ Nicaragua vs. United States case and ICJ Oil Platforms case (Iran vs. U.S.).

The question is whether the ICJ will be able to rule on this very interesting legal issue. Note that in 1986, the U.S. revoked its compulsory jurisdiction of the ICJ, which may prevent the Court from ruling in this case. 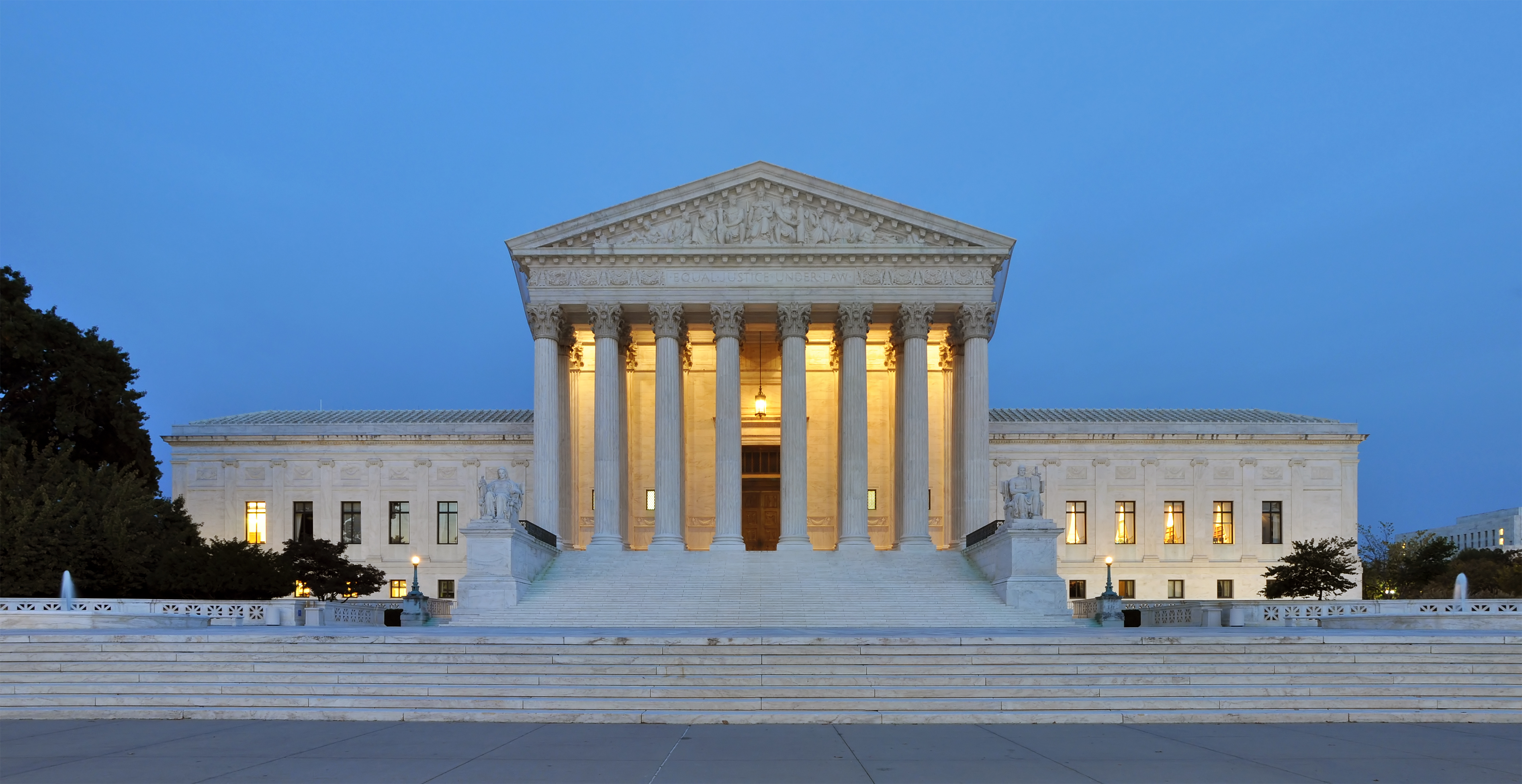 Here the Supreme Court ruled that U.S. victims of terrorist attacks, in the eyes of the U.S. sponsored by Iran, could be compensated with blocked assets of Bank Markazi (Iran’s Central Bank).

In this context, the Supreme Court deemed that § 8772 of the Iran Threat Reduction Act (EO 13599) did not violate separation of powers. As result, assets held in the U.S. of Bank Markazi could be used to execute outstanding Iranian terrorism-related judgments in U.S. courts.

Understandably, Iran’s reaction was not good; it claimed that the ruling was a flagrant  breach of international law. That foreign sovereigns are immune from the jurisdiction of the courts of another  state.

If the case goes forward, it will be interesting to see how the ICJ deals with the complex legal issues. The case has the potential to further illuminate the status of unilateral countermeasures, i.e. national sanctions regimes, under international law. The problem is that based on Iran’s claim, the ICJ, if allowed to proceed, will only be allowed to rule whether the U.S. actions violated the Treaty of Amity. This lastly might reduce the ICJ’s ability to judge the broader implications of U.S. sanctions under international law.

The question is whether the traditional national security clause contained in FCN treaties concluded by the U.S. will be upheld by the ICJ (See article XX.1 (d) Treaty of Amity). In this context, the freedom of commerce and navigation is not unlimited. For example,

Such as in the Treaty of Amity, most FCN treaties concluded by the US allow a dispute settlement procedure before the ICJ.

However, a condition for ICJ jurisdiction, is that the FCN parties first attempt to settle their disputes through diplomacy or through other peaceful means. As to U.S. Courts, these have long recognized that FCN treaties are self-executing, i.e. confer rights on individuals directly applicable in domestic law without implementing legislation – e.g. McKesson HBOC, Inc v Islamic Republic of Iran United States Court of Appeals for the District of Columbia Circuit [16 November 2001] 1107–8.

Therefore, we must await further developments….

This case concerned an action brought by Iran against the U.S. The case was brought amidst the so-called “Tanker Wars.” This lastly concerned the use of force (controversially) against ships transporting oil from both Iran and Iraq during the First Persian Gulf War (1980-1988).

Iran’s case concerned two attacks by U.S. armed forces which destroyed some Iranian oil platforms (Iranian oil production installations) in the Persian Gulf. During the Tanker Wars, in view of attacks of merchant shipping, a number of countries, including the U.S., sent warships to protect their vital interests, i.e. to secure oil supplies.

The attacks occurred between October 1987 and April 1988. The attacks either destroyed Iranian complexes or severely damaged them, whereby their operations were significantly delayed. In this context, the attacks were part of a larger military operation directed against Iran. This included attacks and destruction of a number of Iranian warships and other vessels.

The U.S. based its actions on the basis of the inherent right of self-defense. Controversially, the U.S. claimed that its attacks were triggered by Iranian attacks, which Iran denied. For instance, the U.S. claimed that a U.S. vessel, the Sea Isle City was hit by an Iranian missile. This lastly, damaged the vessel and injured six crew members. Prior to the second U.S. attack, the U.S. warship Samuel B Roberts, hit a mine in international waters near Bahrain. This caused severe damage to the Samuel B Roberts; luckily there were no U.S. casualties. Furthermore, the U.S. also justified its attacks given that it claimed that Iran maintained, as illustrated by the attacks and mine laying, a general policy of hostility towards it. This policy reinforced, in the eyes of the U.S. its claim to the inherent right of self-defense.

On 2 November 1992, Iran filed an application with the ICJ. It requested the Court to declare that the attacks constituted a breach of various provisions of the Treaty of Amity, Economic Relations, and Consular Rights between the United States of America and Iran of 15 August 1955 (‘Treaty of Amity’).

Nearly a month later, the Court rejected the U.S.’s preliminary objections (that the Treaty of Amity provide insufficient jurisdiction for the Court). As a result, the U.S. filed a counter-claim for damages arising out of a number of “alleged Iranian attacks,” against U.S. ships (which either flew the U.S. flag or which were owned by the U.S.).

In November 2003, the ICJ delivered its judgment on the merits. In its judgement, the Court rejected both the claim (by 14 votes to 2) and the counterclaims (by 15 votes to 1).

The issue of ICJ Jurisdiction

The Treaty of Amity is essentially a FCN treaty (Treaties of Friendship, Commerce, and Navigation). Relevant to our discussion, relates how the ICJ has dealt with the issue of its jurisdiction vis-à-vis FCN’s in other case concerning the use of force. The classical case being the 1986 ICJ case Military and Paramilitary Activities in and against Nicaragua Case (Nicaragua v United States of America).

The ICJ referred to both FCN’s, given that both treaties provided for a dispute settlement clause that allowed the unilateral submission to the ICJ. In the case of the Treaty of Amity Article XXI.

However, unlike the Nicaragua case, the sole basis for the ICJ’s jurisdiction was the treaty itself. Specifically article X.1 (1. Between the territories of the two High Contracting Parties there shall be freedom of commerce and navigation). This severely limited the scope of the Court’s legal assessment.

In layman terms, this meant that the claims and counterclaims of the Iran, respectively the U.S., could only be successful if the attacks violated the earlier cited article X.1. Thus, claims that the international law was violated, e.g. a violation of article 51 UN Charter or customary international law regarding the use of force, was sub-servant to the violation of the Treaty of Amity.

Relevance of the Case to U.S. Iran Sanctions Regimes

The question is whether the case is relevant to the current Iran’s claim. In the Oil Platforms case, the ICJ focused on the permissible use of force within the Treaty of Amity. The current Iranian claim is in this context different. Under international law, it is doubtful whether EO 13599 – despite its national security basis, is governed by international humanitarian law – let alone can be seen as an application of the right of self-defense.

In the Oil Platforms case, the Court – not without controversy – dealt with the issue whether the permissible use of force was justified within the context of the Treaty of Amity. This was relevant in the context of article XX.1 (d) –

“The present Treaty shall not preclude the application of measures: (d) necessary to fulfill the obligations of a High Contracting Party for the maintenance or restoration of international peace and security, or necessary to protect its essential security interests.” If this was the case, then the alleged attacks violated the Treaty of Amity, and thus the claim of self-defense could preclude the internationally wrongfulness of the U.S.’s use of force. See article 21 International Laws of State Responsibility.

In all events, the ICJ rejected the U.S.’s claims of self-defense. Firstly, the Court ruled that the U.S. had failed to prove that it had been victim of a prior armed attack, which is necessary to justify a claim of self-defense. In this context, the ICJ ruled that the U.S. had not satisfied the burden of proof whereby it was conclusive that both the missile attack and mine laying cold be attributed to Iran. Further, the Court deemed that general hostile policy of Iran (suggesting that all attacks against the U.S. taken cumulatively) could not be interpreted as an attack specifically directed against the U.S. to justify a necessary and proportionate application of the right to self-defense by the U.S. Thus, similarly to the Nicaragua case, the Court confirmed its ruling that a clause such as article XX.1 (d) Treaty of Amity could not be used as a shield to justify the unlawful use of force. Therefore, the ICJ concluded that the operations of the Treaty of Amity was not suspended by Art. XX (1) (d).

Secondly, the Court looked at the question whether the U.S. attacks violated article X. Here the Court ruled that Iran’s claim and the U.S. counter-claims  did not breach the Treaty of Amity. The reason for this was because article X only protected commerce and navigation between the territories of Iran and the U.S. and nothing else. Given that the U.S. had already in 1987 adopted EO 12613 (prohibiting imports of Iranian goods to the U.S.) the Court reasoned that there was no violation of protected commerce under article X (which also extended to indirect commerce via third-countries). Thus, there was also no justifiable counter-claim – no right to the right of self-defense by the U.S. – as it could not protect itself against attacks which violated the Treaty of Amity.

Be the first to comment on "Iran starts proceedings against U.S. at ICJ"