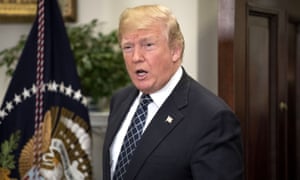 On 12 January 2018, President Trump has given a reprieve to the Iran Nuclear Agreement (JCPOA) by deciding to continue to waive U.S. sanctions (see statement).

However, this hasn’t stopped the U.S. from imposing further ballistic missile sanctions and punitive sanctions following the crack-down on the most recent demonstrations.

This is the third time President Trump has given a reprieve to the agreement brokered by former President Barack Obama, despite having labeled it “the worst deal ever.” In effect, President Trump has set a four month deadline, as the next mandated re-certification of the JCPOA under U.S. law, is 12 May 2018.

In his statement, President Trump expounds four critical conditions for the continued U.S. participation in the JCPOA:

In effect, President Trump is seeking a common position with U.S. allies to implement the above-listed conditions. However, he only wishes to achieve the changes with the European JCPOA signatories, but not with Russia and China. 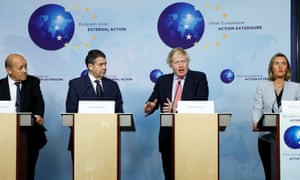 In this context, the European JCPOA signatories have urged the U.S. not to leave the JCPOA, as they remain committed to the nuclear deal. However, they have indicated that they are ready to discuss measures to curb Iranian missile development and possible follow on negotiations. The French president, Emmanuel Macron, has spoken of supplementing the nuclear deal.

The EU’s top diplomat, Federica Mogherini, said the deal had in reality “made the world safer and prevented a potential nuclear arms race in the region.” Ms. Mogherini also confirmed the current position of the EU, namely that “Iran’s development of ballistic missiles, or its overall policy of interference across the Middle East, were separate from the nuclear deal.”

Despite this statement, it’s reported that both France and the UK, partially adhering to President Trump’s conditions, support the idea that Iran needs to sign fresh agreements over both issues.

Be the first to comment on "Iran Nuclear Deal: President Trump waives sanctions, but sets deadline on overhaul"