Let the games begin. On 29 April 2017, the EU Council approved the guidelines for Brexit.

The key points of the guidelines

The guidelines are no surprise to the ramblings of politicians from both sides of the English Channel. A possible blow to the UK is that the EU has refused a parallel approach to the talks – i.e. negotiating the divorce settlement and future trade deal simultaneously. 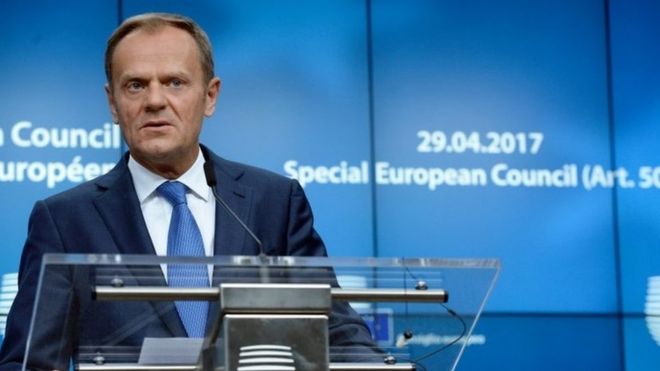 European Council President Donald Tusk at the EU summit on approving guidelines for negotiations with the EU on Brexit, 29 April 2017_BBC_photo AFP

Whether this is a blow to the UK is open to interpretation; the divorce settlement is probably the most sensitive element of the talks in which both sides can lose. For instance, in the media it has been reported that on the issue of the UK’s financial obligations, EU officials estimate that the UK should pay a bill of €60bn (£51bn; $65bn – these amounts are based on EU budget rules). UK politicians have said the government will not pay a sum of that size. 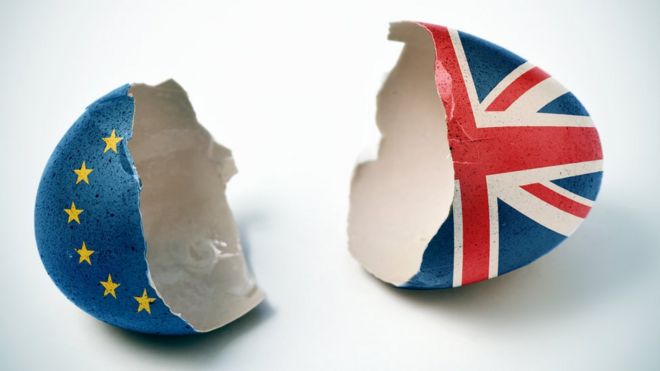 More importantly, despite the call for unity by the EU Council, the EU member states have diverging priorities – e.g. Poland would probably like to ensure that the rights of it’s citizens in the UK are properly handled;  the Netherlands would like nothing more to commence free trade talks with the UK.

In some instances, there are signs that EU countries are maneuvering themselves to benefit from  a possible move of financial institutions from the City of London (a leading financial center) to the EU mainland – e.g. Paris or Frankfurt. In this context, it has been reported that financial services could be excluded from the talks if and when the UK refuses to respect EU financial supervisory and regulatory standards.

Most interesting to this blog, are the questions relating to global trade.

Which customs code will the UK adopt ultimately adopt (regarding the issue of tariffs); how will the UK align it’s export controls and economic sanctions regimes with that of the EU?

The question is how will the UK align its foreign security policy with the EU’s CFSP? The UK will remain a Permanent UN Security Council member, so it might make sense for the EU to remain close to the UK. Further, the UK will most probably remain a party to the export control regimes, e.g. Wassenaar Arrangement, MTCR and Australia Group, thus it’s expected that the EU-UK dual-use regimes should mirror each other. I don’t expect that the UK military export controls will change that much – given the EU member states’ sovereign prerogatives in this field.

However, it will be interesting to see how the EU dual-use regime evolves without the UK. This will especially apply to the Commission’s proposals to modernize the EU’s dual-use regime – e.g. the controversial proposal to introduce human rights controls.

The sticky point will be to what extent British companies can still make use of EU General Licenses and/or global licenses. Another interesting question will be the impact of Brexit on EU economic sanctions. Currently, the UK is the driving force behind EU comprehensive and effective sanctions regimes – especially against Russia. Once the UK leaves, the question is how the void will be filled….